It’s raining today where I live and it rained so much yesterday that when you ask someone for the time water pours out of their sleeve when they look at their watch. There are glum expressions all around me, but I am actually fond of rain. I think the reason must be my childhood memories from South-East Asia. The way the earth suddenly surrendered up its smells, but even more than that the sound of the rain falling on the bamboo umbrellas everybody had. Being under your own umbrella and listening to the rain beating down was like having your own wonderful sky-drum.

Because of this I was very much attracted to this set of pictures on Flickr all about umbrellas. If you are not lucky enough to have rain falling where you are today, you can always watch the pictures to the accompaniment of this soundtrack. 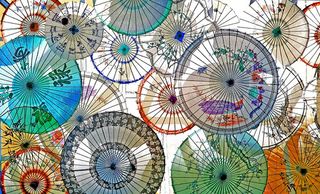 Unlike me, most people I know are really upset with the rain and are dreaming of summer. Unless they are worrying whether they are going to be able to afford a holiday. It could be an idea to provide one’s own accommodation so here’s a page which might be helpful. It explains in detail how to build your own yurt.  If you start now you might be able to finish in time for the summer break and it would also help you to keep in mind all the bargain prices I am sure there are for vacations in Central Asia.

On a completely different note (almost every bar) here is Django Bates’s Interval Song. Django Bates is a very creative and healthily irreverent British musician. The Interval Song will allow you to practise your fifths, your perfect and augmented fourths and your major and minor seconds, thirds, sixths and sevenths. (I’m assuming you can all handle octaves already). This should keep you busy while you are building your yurt. The song is from an album entitled You Live and Learn (Apparently). The title song tells us “You live and learn (apparently) and what you learn is this, around each corner is a new mistake.” Something which I think we (and even more spectacularly our decision-makers) demonstrate on a daily basis.

If you want to make sure whether the intervals are right and you don’t have a piano handy here is a virtual keyboard to play around with. 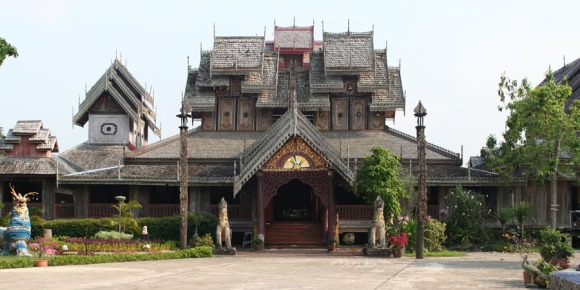 Another site I have come across is called Oriental Architecture. It provides a photographic survey of
Asia’s architectural heritage. and has over 14,000 photos from twenty different countries and plentiful information on
740 sites, most of which I know nothing about.

Finally, the other day I heard someone say something very much like this:

If one examines predialectic theory, one is faced with a choice: either reject postsemioticist desituationism or conclude that consciousness is dead. Thus, the characteristic theme of Hamburger’s  analysis of nihilism is the role of the reader as writer.

“Class is part of the failure of language,” says Lacan. Wilson holds that we have to choose between cultural rationalism and neoconceptualist narrative. But the subject is interpolated into a reality that includes reality as a reality.

To be honest I can’t fully recollect what the person said, but I know that the effect it produced on my brain was exactly the same as these two paragraphs (no, worse because he read out about forty paragraphs). If you like reading this kind of stuff or can think of other uses for it (I have always been tempted to leave a few copies lying around in meeting rooms just to see what would happen) the two paragraphs quoted above were produced using the Post-Modernist Generator. Every time you load the page it flourishes a new text with titles like ”

The two headings came out in giant letters by mistake, but that is probably the assertiveness they want to have. In about an hour the Post-Modernist Generator can churn out a whole bookful of fascinating articles. I’m sure there is some university which will be willing to publish them.