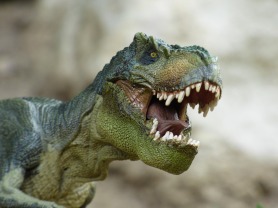 When I was in my twenties, I used to live in Bologna in a 6th floor flat together with 5 other people. The flat was on the outskirts of town  and I remember you could see a football pitch, a roller hockey rink, the motorway, the railway and just beyond it the airport and all the planes landing. The biggest room in the flat had a huge window which looked over all this civic activity and at night if you turned the light off, and in particular if you put the right music on (I especially remember one instance when Bach’s St. Matthew’s passion was playing), and watched the cars, the trains and the planes, it felt like you were on a spaceship.

One Friday I was alone in the house. Perhaps it was on the eve of a holiday, everyone else had gone back to their homes. I was up till late reading. The book I was reading was Stanislaw Lem’s Solaris, which was made famous by the film adaptation which the great Russian director Andrei Tarkovsky made from it.

The book is about an astronaut who joins a mission orbiting a planet which contains a huge, sentient ocean. The mission has been trying to communicate with the planet and has recently bombarded it with rays to stimulate a reaction. From then on, the planet has made the mission’s members’ deepest and most repressed thoughts materialise in the shape of human simulacra. The astronaut notices one when he boards the spaceship and, one day, he wakes to find lying next to him a simulacrum of his ex-wife, who had killed herself years earlier when he had broke up with her. First, he shoots her off into space in a rocket, but the planet produces another copy.

She seems to be a faithful replica of his wife. But there some things which are different. In particular, being separated from him, even for the shortest of times, drives her crazy. When the astronaut shuts the bathroom door and locks himself in, she wrenches the door off the hinges with her bare hands and forces her way in, displaying a strength no real woman could have.

This scene was so powerful that I stopped reading there and went to sleep. It must have been 2 or 3 o’clock.

The next morning I was awakened by the sound of the door bell ringing. It was a Saturday. No one ever came to visit us on a Saturday morning, certainly not before lunch, it was almost certainly Mormons or Jehovah’s witnesses being a bother. I turned over intending to go back to sleep. the bell rang again. I still remained in bed.

After a while, I heard a noise at the door. It was jolting. It was moving back and forth, just as if someone was trying to tear it down, I thought. I got up, and went to the quaking door. I was too scared to approach it. I stood about six feet away from it, petrified. My state of mind was very similar to that portrayed in this garish Soviet poster for Tarkovsky’s adaptation of Solaris.

I wondered which person from my past was going to barge through any moment. I tried to list the possibilities. I didn’t have any dead lovers and there was no one I could really think of who would be desperate to be in touch with me.  So my mind shifted from Solaris to Jurassic Park and I became convinced that some kind of monster was about to burst in. I thought that it might be better to hide but I was transfixed and couldn’t move an inch.

Then, after about a minute, the door opened and I smiled. I think I may have laughed.

This must have seemed terrifying to the tiny burglar who appeared in the doorway (he can’t have been more than 5’2″). He still had the credit card he had been using to work the lock in his hand. To him, it must have seemed that I had been laying in wait for him and that my smile (or laugh) betrayed some hideous revenge I was about to wreak when, in fact, it was just my relief at not being confronted by a Tyrannosaurus Rex.

He had already thundered half-way down the twelve flights of stairs to the street before I could even react. I was so happy that I really had an urge to lean over the banister and shout to him to slow down, that I wasn’t going to come after him.

But, I realised, there was no way I was going to be able to explain.