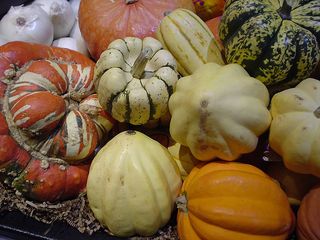 They seem harmless but look out for avalanches

The last time I went to Istanbul I had supper at Çiya Sofrasi, a restaurant which is by now famous (a long article about it appeared in the New Yorker and it has also been mentioned by the New York Times). It serves traditional food from distant Turkish provinces which  is so different from the standard fare of Istanbul that the locals I was with couldn’t figure out what we were eating.

The day before I went I consulted the restaurant’s website, which had a huge list of dishes but, unfortunately, only in Turkish. So I thought it would be a good opportunity to use Google Translate to find out what was being served. What I found instead was that I was transported across a mental ocean into a new world of uncharted cuisine.

Admittedly, quite a lot of the dishes came out of the translation sounding normal, for example Pear Kebab – Eggplant, Ground Beef, Pomegranate Molasses, Garlic, Tomato Sauce.

Others make it through almost to the end before coming out in surreal
blotches: Olive bean salad – crushed green olives, parsley, green onions, walnuts,
pomegranate olive oil, painful or painless.

Some of the ingredients might grow in a fantasy novel. For example, one dessert has Never Figs, which sounds to me like a fruit as elusive as the Holy Grail and is perhaps the favourite food of unicorns.

Another dessert calls for the use of Indeterminate Tomatoes, not an easy thing to ask your greengrocer for.

Other things you may find on your plate are joinery eggplant, ulcer, new spring and cardiomyopathy.

The dish entitled Appetizers and Salads I contains Pepper, Wrapped inside, Crowbar, Tattoo. Perhaps you need the crowbar to get to the Wrapped Inside.

If you are looking for something really substantial why not try the PistachioKebab (Zirk, chopped pistachios, big shot put) ? But if, on the other hand, you are in urgent need of a quick fix of carbohydrates order the Rice Intrabdominal.

My favourite Google Translate dish of all is Reciprocating Soup, which, I suppose, tries to eat you while you are eating it.

There is also Self-Soup (try to turn up already marinaded if you intend to have that), Helical Soup and the somewhat scary Suspended Soup.

If you are feeling a little queasy and need something to settle your stomach how about Pavement – ( ingredients: Onion, Olive oil, paving, grass).

Hard work, but worth it, is Mortice Chisel Yogurt Soup which contains Yogurt, hatchets, splitting wheat.

If, however, thrills are what you are looking for, you can’t beat the Smoked Meat and Pumpkin Landslide, although do be warned that you can never tell which direction it is going to come from.

Here are a few other interesting dishes:

All that needs to be done now that we have this menu is to write a Google Translate Cookbook with equally exciting recipe instructions. I have taken out an accident insurance policy and am working on the Landslide chapter.

(Since I wrote this, the restaurant has provided itself with an English-language page, which, for me, has removed much of the allure of its dishes. But the food is excellent even if the  names are now so much more ordinary).