Twice in my life, I have been at a meeting where a French person has stood up and said very seriously that it is obvious that French should be the global form of communication since French is the most logical of all languages.
To this, I have a number of replies, but one will suffice:

Anyone with even an elementary knowledge of French (as spoken in France) will be aware of the fact that in order to say ninety-seven one has to crawl through mathematical hoops and phrase it as “four-twenty-seventeen” (quatre-vingt-dix-sept). I could in fact have picked any number from eighty to ninety-nine to make the same point. The sequence goes from four-twenties (80) through four-twenty-six (86) and four-twenty-eleven (91) all the way to four-twenty nineteen (99). Actually, this whole business starts even earlier, in the seventies, which start with sixty-ten (70) and end with sixty-nineteen (79).
Now, this doesn’t sound like the kind of thing you would want in a country which glories in being “Cartesian”, even though Descartes himself entangled himself in many intractable problems; “Descartes et des échecs” (cards and chess or Descartes and failures) as the once-famous but now almost forgotten 18th Century philosophe Jean-Jacques Klaxx once quipped. This bizarre numbering system would fit in much better with the many oddities the English are proudly afflicted with (except that if this had happened in English they would also have made sure that the spelling and/or the pronunciation would be inconsistent too. For example, Four-twenty (80), Fourenty-one (81), Frenty-twoo (82) and so on.  END_OF_DOCUMENT_TOKEN_TO_BE_REPLACED

The 14th of March, we are told, is π day because that the beginning of that amazing number in decimal notation  is 3.14.

I’m not sure how you celebrate π day. Dance round in circles? Go on and on (as many of us are wont to do) without ever repeating ourselves (not something I can do).

On the basis of the photos I have seen, some people bake pies for π day. If you bake a tiny pie with a one inch diameter its circumference will be π inches. Even more π-like would be to make a pie whose area is π but I am not going to try and do the maths.

Furthermore, if you cut an apple in two horizontally to make a circular section then, if you attribute the value of one apple  to the diameter, the circumference will be equal to 1 apple π.
END_OF_DOCUMENT_TOKEN_TO_BE_REPLACED

This post is for people who have already grown as old as they want to be. As a result they don’t react as positively to questions about their age as the five-year old in the poem and sometimes can become extremely glum.
Some people seem to go actively looking for this kind of reaction. They can then express their own glumness  and start up a real glumfest. You can see walking glumfests every day on the streets, usually made up of two people so deeply enveloped in their dissatisfaction that they pay no attention to the world around them. If they did they might notice an interesting fact: the world is not really base-10.
We have fallen into the habit of counting things in tens. Perhaps because we have ten fingers – (although two of them are really weird). But there are lots of other possibilities. There are very few things in nature which actually divide into ten. Also we generally don’t use base-10 for anything to do with time. There were 10-day weeks in China and Ancient Egypt and the decimalist maniacs in the French Revolution also tried to introduce a 10 hour, 100 minute day, but most of us are used to  60 seconds, 60 minutes, 24 hours, 7 days and so on.  So why is it that whenever we reach a multiple of ten in our age we feel it is a defining moment ? It is almost as if you become a different person when you reach 30, 40, 50 etc.
I think I have had an insight and I am going to share it with you: I believe our real ages are expressed using base-12 arithmetic. If you can’t remember what base-12 arithmetic is read this.

END_OF_DOCUMENT_TOKEN_TO_BE_REPLACED 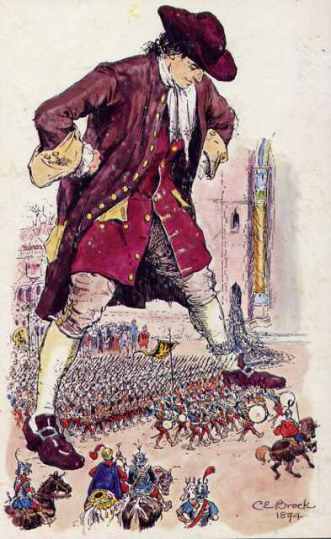 Some tribes are supposed to have a counting system which consists of the numerals one, two, three and many. This tends to make us chuckle, but I wonder if we do not at times deceive ourselves with the devices we have invented to count up to the sky and beyond. We can write huge numbers and even (with difficulty) pronounce them but can we think them ? I have been trying to work out how many apples or bottles of milk or people I can visualize at once and I think my answer is somewhere between seven and thirteen. So I can imagine 1300 dollars by thinking of 13 one-hundred dollar bills or 6500 euros by thinking of 13 five-hundred euro notes, but not really beyond that. Which makes the figures which I hear being thrown out by governments to shore up the financial system sound as real as ogres and angels. It is hard to maintain any idea of what really happens in the economy because the figures are so far beyond the boundaries of our mental eyesight. Perhaps we don’t admit it to ourselves but we also give up pretty quickly and translate large numbers into many, larger ones into more than many and even larger ones into shrugs and lifted eyebrows.
One way of bringing home the meaning of things is to change the unit we use to measure them with. In 1971, Jan Pen, a Dutch economist, found a way to represent differences of income in society. He asked us to imagine a parade of the whole of the British population. The parade would last one hour exactly and people would walk by in ascending order of height. The height of the people marching by would be determined by their income. We the spectators would have an average income and thus an average height. END_OF_DOCUMENT_TOKEN_TO_BE_REPLACED

Ivan Gundulič and his tie

My Concise Dictionary of 26 Languages (not that I want in any way to vouch for its reliability) tells me that “tie” in Japanese is the charming ネクタイ (nekutai). In Russian it is галстук (Galstuk) which comes from German Halstuch (neckcloth), but German itself has Kravatte and then French has cravate, Spanish corbata, Italian cravatta, Portuguese gravata, Rumanian cravată Polish krawat, Czech kravata, Serbian кравата (kravata), Finnish kravatti, Turkish kravat, Greek γραβάτα (gravata) and Yiddish kravat.
The origin of this is generally ascribed to the fact that the Croatian mercenaries in the French army in the Thirty Years War wore linen scarves which became popular in France and that when Louis XIV took to wearing them their use spread throughout Europe. This is a suggested derivation:  Fr. cravate, from Cravate “Croatian,” from Ger. Krabate, from Serbo-Croat Hrvat “a Croat,” from O.Slav. Churvatinu “Croat,” lit. “mountaineer, highlander,” from churvam“mountain.” Cravate then is basically the same word as Croat.
Croatians seem to be inordinately proud of this. The website Croatia Online is subtitled “from the homeland of the first tie” and provides a much longer explanation of the passage of the word into other languages, taken from François Chaille’s La Grande Histoire de la Cravate (Flamarion, Paris, 1994), a book which had previously escaped my attention. It also provides explanations on how to tie a tie. However they fall well short of Thomas Fink and Yong Mao, two mathematicians who published a study in Nature, proposing a mathematical model to calculate and classify all possible tie knots.
”
Of the 85 found,” they say “we duly predicted the four knots in widespread use …and further introduced nine new aesthetic ones.”

Croatia also hosts the Academia Cravatica which presents itself as follows:

Academia Cravatica is a non-profit institution
founded on 26th March 1997 and it studies, preserves and improves the
cravat as a part of Croatian and world heritage.

Academia Cravatica builds from an authentic
historical fact that the cravat emerged as an expression of the genius
of the Croatian people and that this fashion ornament is a medium able
to transmit many discreet messages to the world.

Academia Cravatica undertakes a number of fascinating projects, such as putting a tie around the Roman amphiteatre in Pula, putting a tie all around the borders of Croatia (Cravat around Croatia) and another one called Tie in the Rye which I haven’t fully understood.

In its news section, one entry reveals that his 1622 portrait proves that Ivan Gundulič wore a cravat before Louis XIV, which should at last put paid to those unpleasant all-night arguments I am sure we have all had.

Strangely enough the word for tie is kravata in Croatian as well.  So what were the Croatian mercenaries in the Thirty Years War calling it ? Maybe they were too busy to have a name, but I really hope it wasn’t galstuk or nekutai. Take care of this quickly Academia Cravatica.

There is another area I think they still have to research. When I was looking for information on the academy, I couldn’t remember what the name of the organisation was exactly and so I typed “Croatian academy of ties” into a search engine and the first result was  Chinese, Croatian Presidents hail bilateral ties. I believe I have never seen anybody or any two people wearing a bilateral tie. Perhaps they could tell us more about them and possibly enlist Fink and Mao’s help to provide instructions on all the ways to tie them.

The only point of all this is to point out that saying “Croatia” is just another way of saying  Tie-land.

Out of every hundred people

those who always know
better:
fifty-two.

Unsure of every step:
almost
all the rest.